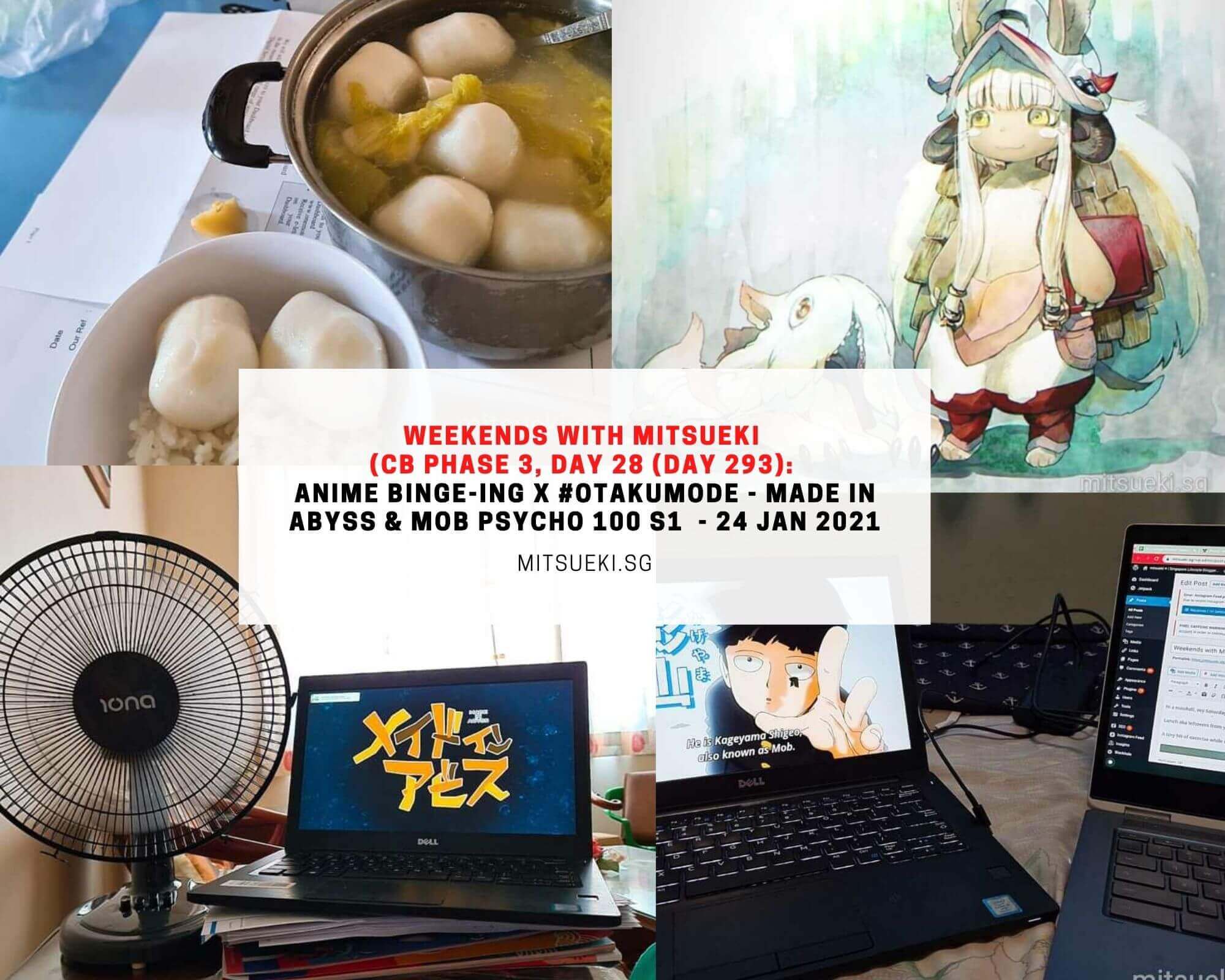 So my Sunday was basically devoted to #otakumode – starting off with lunch first!

Thanks mom for the overload of Fuzhou fishballs in home cooked soup!

And then it’s binge-watching Made In Abyss to complete the series.

Personally, I felt that the anime started out okay. Then it got really slow and I was just watching it for the sake of watching trying to figure out how it got such high rankings..

It did start picking up A LITTLE more and I was a little close to giving up on it..

Then episode 10 came and Nanachi appeared and well, I found myself sobbing at the backstory which lasted 45 minutes for that final episode today 😭

I’m glad it ended that way.. but oh my god, these 13 episodes sure are a slow slow build up.

Was tempted to watch the movie next, but I think I will wait for the next season to be out first, then I’ll watch the movie and binge watch considering the pace it’s going.

P.s it’s not as gory or horrifying as I thought it would be. But yes, does it tug your heartstrings? Yes, and within 2 episodes or less, on a character that literally doesn’t appear from ep 1-10 😑

Nanachi is absolutely adorable tho.

Next up, it took me awhile to choose another anime to binge on and I selected..

I toggled watching it between doing scheduling work for both SG Lifestyle and my blog PLUS some training course as well.

And I completed the series that very night after that.

It reminded me ALOT of OPM (One Punch Man) with the usual Op (overpowered protagonist) and the storyplot was about the same from Ep 1-3.

However, it started picking up abit more into the later episodes and I would say that it’s a more well developed series with a story + better character development in comparison.

And yes they are both written by the same creator hence the common similarities.

Overall, a pretty decent watch – didn’t blow me away but it’s okay.

Now the question is = should I watch Season 2 or start off with a new series?