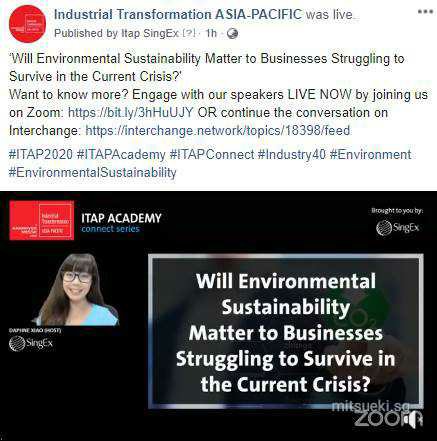 30/7 Chronicles of a Typical Office Lady in Singapore

In a nutshell – so much for the super early night (we turned in before 12am!!) because I didn’t wake up early like what I was hoping to do 😂😂

Oh wells, at least I had a really good night sleep! Though on hindsight..if I knew that I wouldn’t be waking up so early – I would probably have spent some time getting some work done last night…

I dread looking at my to do list cos there’s really loads to be done before my retreat this long weekend! Doubt I’ll be able to stick 100% to the recommended schedule due to work commitments… but I think 70-80% is good enough imo. Heh will share more about that in tomorrow’s post perhaps? 🙂

Grateful for my taohuey from Mr Bean thanks to Bear’s Dad while I was working from home.

And then heading to office later on with some fried snacks from Bear’s Mom to alleviate those hunger pangs away (thank you!).

Of course, when I’m back in office = the first thing to do is to check my weight HAHAHHA. Let’s just say that I took my weight two days ago and was not satisfied with the weight gain.. unsurprising also la with the amount of food/junk I’ve been consuming recently and that I’ve been slacking off my #ChloeTing exercises!

At least today’s weight seems slightly more acceptable but not near my original weight from a few weeks ago #nuffsaid.

Meanwhile, here’s today’s office ootd!heh..not that anyone can really see the full outfit except for the top tbh as the video only features the top portion.

I think we’re really lucky to have a good operations / events service team behind the scenes to help out. I realized that the production keeps improving every round when people either get more familiarised with their role, what to do and/or when we involve the right ground staff. So yep, really appreciative of these people!

Especially even I just play a really tiny role (5 mins actually), I’m not forgotten and my set up is equally important so yepz, thank you 🙂

Having said all that – sometimes things still do happen like a sudden loss of Internet connectivity around 30 minutes before we went live. That was quite insane, but the ops / IT side kept their cool to try to resolve the situation and they just have loads of backup systems to try to handle it.

These are all the tiny nuances you don’t see behind the scenes, and I’m very blessed to be able to play an observational role to see it.

A little late due to some technical difficulties, but we were live and the show went on 🙂

You can catch it HERE if you missed out on it – I appear for the first 5 minutes only as the ice breaker host! 🙂

Today also marked the first time I actually fully utilised my 5 minutes; and I timed myself as well. A little stumbles here and there but overall, I’m rather satisfied with my performance ☺️

Back to my proper full time role rushing out urgent deliverables right after that. Was supposed to leave to get back to do the work; but I ended up staying till 5 plus. Lots to do and still a huge pile of pending items more to complete but at least I got the most urgent ones cleared out of the way!

Off I went next to Cold Storage to pick up some groceries to prep for my 3D2N retreat tomorrow:)

This includes..pineapples, seeds, Romaine lettuce to name a few.

And this bread for both Bear and myself ☺️

#ChloeTing to work off some calories.

And a spicy mala steamboat dinner with plenty of ingredients such as her handmade dumplings, fish maw, fresh fish, prawns, sotong and more to end off the night thanks to Bear’s mom! Btw, she was using the mala cubes I gifted to her for her birthday as the soup base and that was really nice!

Time to go home and err..clear more work HAHHAHA. My retreat states I’m supposed to sleep super early the night before but cannot la. Realized that end of the month can be a nightmare when there’s loads of preplanning to be done for the next month (especially when you discover that you haven’t done them yet!!).

I’m also not supposed to be touching my phone/emails/work at all during the retreat but I think it’s quite impossible to do so – perhaps I’m really on a proper meditation retreat then I’ll do it. For the next few days however; it be more of “I’ll try my best” 😡

Alright and that’s all from me for today – thanks always for reading and see ya tomorrow for your usual daily reads…(?) Perhaps? HAHAHHAHA let’s see how this retreat goes.