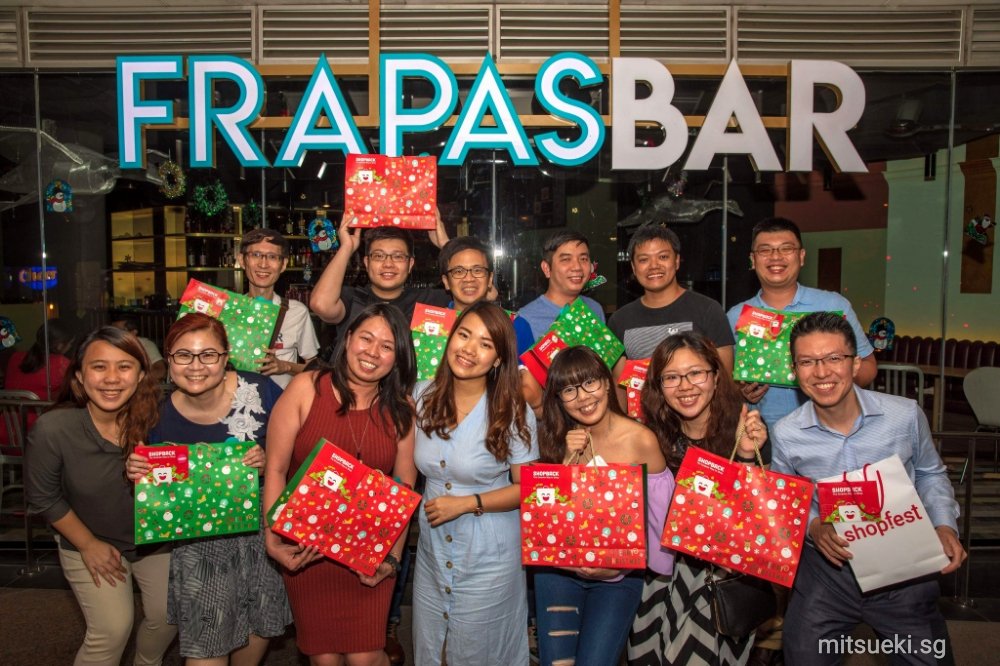 The first thing on my to-do list in the morning on this day was simple – meet up with a Carouseller to pick up some baked goods that the boss ordered for the team otw to work. And of cos, prep some Xmas pressies!

Communicated with the seller the night before and we agreed, 10am at Novena MRT.

Sigh unfortunately this happened in the end.

Yeppers. I wasn’t a happy camper at all. I figured later that she probably was still asleep after spam calling her on her phone / texting but hey, still gotta give chance right?

And waddaya know. She woke up and texted me JUST as I reached Newton MRT which was the next stop. Of cos I could be mean and demand that she take the train over to my office blahblahblah but haiz. It was just easier for me to turn back and collect it.

Gee, I’m just glad that the boss is aware of this and it’s not like a strict / fixed office thing or I would definitely have been blasted in a corporate situation. Lol in the first place then – I wouldn’t have scheduled a meetup before work la duhs. Still, this concept of time and being late/on time etc is pretty important.

To me, time is a luxury. I barely have time for myself much so time wasters are really a killer. We only have 24 hours in a day you know?

She was really young though. Only 14 as per her bio on Carousell and I believe that the boss was her first customer. Not about to let him leave her a bad review/feedback as well, she just started her business as well after all (if I’m not wrong) and you really need to give people some chances sometimes.

I did give her some feedback to improve from my POV. Don’t know if she will take it into consideration but I did my part and I guess, that’s enough for me. The rest is up to her 💁

Carrying all of these including Xmas pressies for my dinner meetup later was no joke though. Heavy die me 😂😂 Yeah but I still could text and snap photos while doing it. Multi tasking level is high HAHAHHAHA.

Sure hope they were worth it though.

She probably did put alot of effort into baking them 🙂 Jiayou.

Well, back to office and it’s diving straight back into work mode. Literally half my day was gone just like that.

Of cos if you thought my schedule was packed, you should see the team’s and the boss. Our group calendar is insane – and not forgetting about the influx of messages and ongoing communication between our clients and our side. It never ends hahaha!

Proud to be part of this small, but very capable team 🙂

We may be small now, but we will eventually and DEFINITELY grow 🙂

Hehe. Snacks and lunch-ish over work cos was gonna have a heavy one at night 🙂 The cornflakes one was good, we all liked it 🙂

Presents packing for the dinner later! Just some small tokens during this festive period 🙂

And then dinner with the Shopback Community members! It’s hilarious that they chose to have dinner at Frapasbar by Saveur due to the Central location. So yeah if you didn’t know, that’s one of our clients so of cos I found it a little amusing per se 😂😂

Yeah going as an actual guest with friends vs being hosted/the hosted is a different feeling!

To get yourself best acquainted with what Frapasbar by Saveur has to offer – I would recommend the Experience Set (meant for 4 pax!).

Personally I think that it’s actually possible for the set to be shared amongst 5-6 pax of small eaters but do note that these are all sharing platters so the portion can be small for many. It was good for us girls cos we get to try different plates all at a go!

We also ordered a few more items off the menu for sharing as well including the grilled squid, escargots on bone marrow, cheese platter to name a few 🙂

Thankful for the lovely company that night over good food, desserts, drinks and overall – a very fun time with the Shopback Community members and I’m really glad to be part of it!

Thanks for the presents as well with a special one from dear Cindy ^^ I’m blessed!

Unfortunately what didn’t make my day was a cockroach incident at home that night. Ugh.

Nothing hot water + soap can’t save! That’s a lifehack right!

The only problem was the aftermath of everything.. = clearing of the carcass and the fact that I senselessly threw soap and water on the stove in a bid to kill that cockroach 😫😫

At least what made my day (or night in this case) was receiving this handwritten Christmas card from Angie 🙂 Thanks so much dear! That was really really lovely and it warmed my heart to read it!

Hehe and of cos for Cindy as well for all her handwritten notes that came along with the presents. Thank you, thank you! :):)

And of cos to you – thanks ALWAYS for reading! 🙆