Remember a couple of days ago, I wrote on my blog that a hacker called ‘The Messiah‘ hacked into Sun Ho’s website as seen HERE?

After that Kong Hee even made a police report. But what makes it more shocking is when the hacker, The Messiah set up an anti-CHC/Kong Hee website which explained his reasons for hacking into Sun Ho’s website previously.

Response to the Devil

Q:Who are you?
A: I am a hacktivist(The Messiah aka Ub3r Pr3ach3r) from the Anonymous Collective.

Q:Why did you hack Sun Ho / City Harvest?
A: We hacked the website of Sun Ho because :

a) She was hacked as she was the international representative for CHC.

b) Her website was responsible for safe guarding over 5000 user data (address, name, tel, email, passwords ). She failed to do so even with close to a billion dollars. This demonstrates how much they care about the privacy of their supporters. It took us less then 15mins to gain access, that’s horrifying.

Q: Why hack now?
A: To be frank, this has been a long time coming. This is not new for Anonymous, in the past members of our collective have dealt with other false preachers such as Shirley Phelps (Westboro Baptist Church (WBC)). We have been watching CHC and how Kong hee has been exploiting the vulnerabilities in others through the use of a tainted, modified religion. That aside, we consider CHC to be one of the most manipulative and malicious cult equivalent to the likes of Shoko Ashara, Sun Myung Moon, Jim Jones, David Koresh and even Charles Manson. (Google them) These are sociopathic individuals that have no concern for the human race or the lord. And when left alone… they will instinctively try to feed on other living beings. Similar to rapist and child molesters. Do we tolerate them?

Q: What is the point you guys are trying to make?
A: The point we are trying to make is that we are currently dealing with one of the most malicious criminals Singapore has ever seen. Let me start by saying Kong Hee is no fool. If one could visualize the indept engineering of his plans, one would realize that he is an evil genius with an ingenius plan. I respect the game but all games have to come to an end someday. Majority of human beings are by nature ignorant and vulnerable to certain instincts (eg: to be loved, to be part of something etc ). Kong hee maliciously detected & took advantage of these vulnerabilities. What he has accomplished is similar to a well programmed virus/worm/malware that will not only detect and exploit holes but also to constantly spread like a disease. And in this scenario, their malicios worm was programmed with a 197million budget. What i just described is an example of parasitic behavior which should be snubbed immediately for the sake of HUMANITY! We refuse to allow his virus to spread itself to the United States of America!

Q: What about the police report ?
A: Good question. We find it hilarious that Pastor Satan ran to the police instead of ABBA. He ran to the governemnt he was attempting to con. Kong hee made that report after carefully calculating the outcomes. He made that report to prevent himself from seeming like he had something to hide. He had to make a decision between a probable problem (us) or an on going risk (the law), his decision demonstrates his logical/rational thinking habits. His lawyer and himself are figuring out ways to turn this to their advantage.

Q: So Anonymous believes that Kong Hee is guilty of his charges?
A: 100% yes. There are so many points i could state to back my accusations but i rather ask all of you a simple question…Why would innocent people need to hire elite lawyers? Why does innocent kong hee need a MP to represent him? Only the guilty behaves that way. Everyone knows he is guilty, especially kong hee. He hopes to use money and power to get out of this problem , this would have worked if he had not ripped the government off. We are aware of how strict the Government of Singapore are and we urge them to not show any leniency towards these parasites. You currently possess the power to stop them and make your country and the world a better place. The world is counting on you! Take a look at the picture above, is that the face of love and compassion? We think its the anti-christ.

Q: So what about the hidden agenda?
A: The word hidden agenda was raped by the media. Our intention was to leak CHC supporters personal information today but we think that it might be a bit rash to do it now. We dont enjoy this and dont want to affect the lifes of these missguided sheeps. But when forced, we will have no problems doing so. We have decided that once our team completes running through all the enumerated information, incriminating evidences will be passed on to the public prosecutor. This time we are backing the system, lets hope the system does not fail us!

Q: Any response to Kong Hees statement regarding the hack?
kh: ” I am also very concerned that the hacker’s statements appear to have been intended to cause readers to influence and pre-judge the issues in the criminal proceedings that are presently on-going in the Singapore Court.” – Kong Hee

A: You only have to be concerned if you are a) guilty,  b) have no faith in abba and c) no faith in your legal system. The truth will prevail. Didnt the good lord teach you that “Pastor” Kong Hee?

Q: Any message before you leave?
A: To the Gov of Singapore, please serve justice on these parasites. Please take note that at first they were merely ripping from innocent, ignorant citizens. But as the funds grew, their ambition grew illegal. Leading to the ballsy move of cheating the government. If they are let off the hook here, they will try to take over your country. For the sake of humanity, incarcerate them. 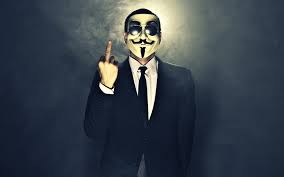 We are Anonymous, We are legion.

Woah..can’t wait what to see what’s next!