Spotted on The Straits Times:

A man, who lured underage girls to his house and sexually assaulted them, was jailed for 41/2 years on Wednesday. Emmanuel Lim Chin Pin, 22, who faced 22 charges, pleaded guilty to nine counts of sexual penetration of a minor, indecent act with a child, attempted sexual penetration, cheating by personation and criminal intimidation. He was then working as an operations manager in his uncle’s corporate gifts company.

In April last year, he sent out messages to hundreds of girls through social networking site Facebook to ask if they were keen in a part-time job involving a survey with a stipend of $25 an hour. When they agreed, he invited them over to his flat in Yishun.

Once a girl arrived, he would persuade her to have sex with him. He did this with two girls aged 13 and 14. In all, he abused four victims over a two-year period, using the same methods. In passing sentence, District Judge Mathew Joseph agreed with the prosecution that this was one of the worst cases of sexual penetration of a minor in recent times. 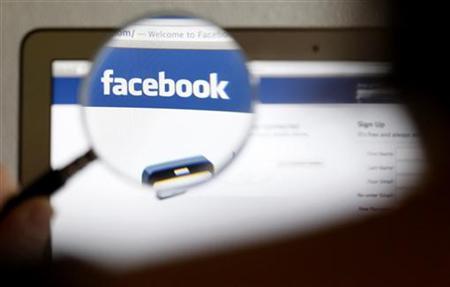 It was disheartening, he said, to note that there had been an abuse of the Internet and Facebook by Lim. “The court therefore has a duty to ensure that it remains safe for young people, especially from the clutches of sex predators who prowl the Internet as if it is their own personal hunting ground for easy prey,” he added. A stiff sentence, he said, was called for to reflect the public’s deep disquiet and distaste over sexual abuse perpetrated on innocent young children and teens.

Feel super disgusted at his behaviour and abuse of social media sites such as Facebook to lure those poor girls. Having said that, it’s scary to know that there are really many cases like this happening all this time. So for parents..here’s are some facts for you to read:

Well, if there are estimated to be 5 million online sex predators,  I’m glad that at least one has been caught and put behind bars which he rightly deserves.
So here’s you go:

Hope he learns his lesson. Deserves it.